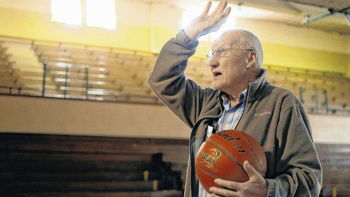 The Historic Artcraft Theatre in downtown Franklin is an official venue for the Heartland Film Festival, and the Artcraft’s lineup of films is:

5 p.m. Oct. 15: “The Keeper,” which tells the incredible true story of a German soldier and prisoner of war who becomes a soccer icon.

5:30 p.m. Oct. 16: “Going Attractions: The Definitive Story of Movie Palace,” which celebrates the splendor of the great U.S. cinemas.

5:15 p.m. Oct. 17: “When We Last Spoke,” a story of two little girls abandoned by their mother in 1966 Texas. This films starts Melissa Gilbert, Corbin Bernsen and Cloris Leachman.

7:30 p.m. Oct. 17: “Jump Shot,” which uncovers the inspiring true story of the man who developed the modern day jump shot in basketball.