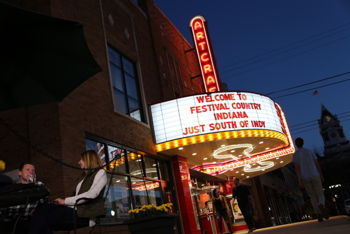 Festival Country Indiana is bringing The Indiana Short Film Showcase to The Historic Artcraft Theatre on Nov. 4 and is inviting the public to a free reception featuring free Taxman Brewing Company craft beer samples, free Mallow Run wine tasting and free finger food from 5 to 6:30 p.m. at Johnson County Museum, 135 N. Main St., followed by a free presentation and screening of five short films from 6:30 to 8 p.m. at The Historic Artcraft Theatre, 57 N. Main St. The presentation at the theatre will feature presenters from Heartland Film Festival, Indy Film Fest, Film Indiana, Film Indy, and Hoosier Films. Three of the films shown will be from the 2018 Indiana Film Race, a race across a portion of the state in which three teams competed to create the best film. There will also be two other short films shown. The Indiana Film Race’s next race is in 2020 and each of the competing teams will film in Johnson County, as well as other counties in Indiana.